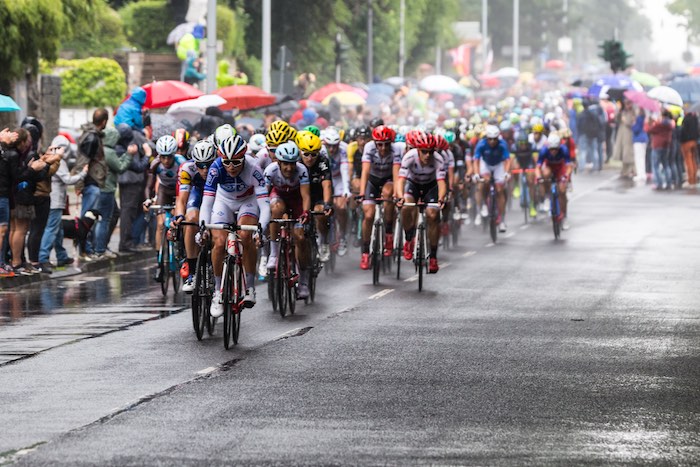 Every summer fans from all around the world tune in to watch the Tour De France. After all of these years in action, it has become one of France’s most popular sporting events. Even though the race has become a worldwide phenomenon there is still a lot of secrecy around the economics of Tour De France.

In case you didn’t know, Tour De France is a free event for the public to watch. This leaves a lot of people stumped at how they are making money and how much it costs to have a team race.

To start things off, there is no official cost to race in the Tour De France. Every team that races have been invited to do so. However, this doesn’t mean they don’t have costs ahead of them.

Each team is made up of professional cyclists. They have full-time staff that are able to meet the race’s minimum requirements. That is something that doesn’t come for free.

When it comes to selecting professional racers for their team, the better cyclists are going to cost more money. Each team in the Tour De France has 9 members, so they will have to budget out enough money to pay for each one.

Although the costs of Tour De France have been unknown by the public from the beginning of the race’s history, we have some digging around to find out some averages costs to give you a better perspective. Let’s start with some information found from 2013.

Team Sky raced Tour De France in 2013 and have shared the costs of how much they spent getting their team together. (Team Sky currently has gone by the name Ineos Grenadiers since 2016.) This team is made up of some of the more professional racers and it costed a total of $31,222,074.

However, this is the total cost of getting a team together of some of the top names in racing. Although it is very difficult to pinpoint an exact cost, a team of experienced but lesser-known racers can be put together for $10 million.

It seems like the average cost to put a team together for Tour De France is $20 million. What you have to consider about this cost is that nearly 50 % of that is going towards the racers’ salaries.

A team of less known racers can race for much less money. If they are any good though, there is a good chance that a bigger name with a larger budget will pick them up for next year. This means the team will have to start from scratch again the following year, which isn’t ideal if they work well together.

Although only 9 people will partake in Tour De France from each team, most UCI professional racing teams already have between 25 to 30 members. In this case, only 9 will be selected to race. However, the cost of the other racers’ and staff’s budgets need to be considered in those teams’ overall costs.

If Tour De France is a free event, how are they able to fund these teams? That’s a fair question that everyone is probably wondering throughout this article.

In the early days of Tour De France, the event was so exciting that it caused a french newspaper called L’Auto to nearly triple in sales. They were able to beat their competitors in the blink of an eye. The newspaper decided to be a sponsor for the race in order to keep their profits growing.

L’Auto was just the beginning of the many sponsors that Tour De France has had over the years. The race brings in a lot of business for other companies so they are proud to sponsor the event. Sponsors and ads from different businesses make up roughly 40 % of the race’s revenue.

The majority of Tour De France’s money comes from their TV rights. As of now, the event has been sold to 186 countries worldwide. They get $25 million alone just from one of France’s popular broadcasting networks.

To film this race it takes 35 vehicles, 6 aircraft, and 260 camera people. That’s a lot of people making sure they get shots of Tour De France to been seen worldwide. It’s safe to say that the hype of television broadcasting brings in nearly 55 % of the race’s revenue.

The last remaining bit of income that the Tour De France brings in is from city fees. Although they are quite secretive about how much exactly goes into funding this race, this should break it down to give you a rough estimate.